The 140th GAT buyback destruction for you. During April 2, 2021  solstice April 8, 2021, 50% of the total transaction fee is used for repurchase and destruction of GAT . The detailed data are as follows: 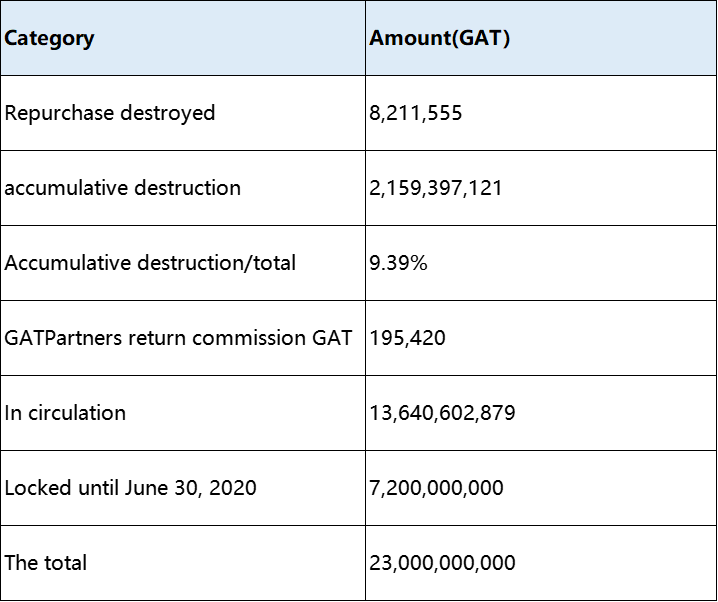 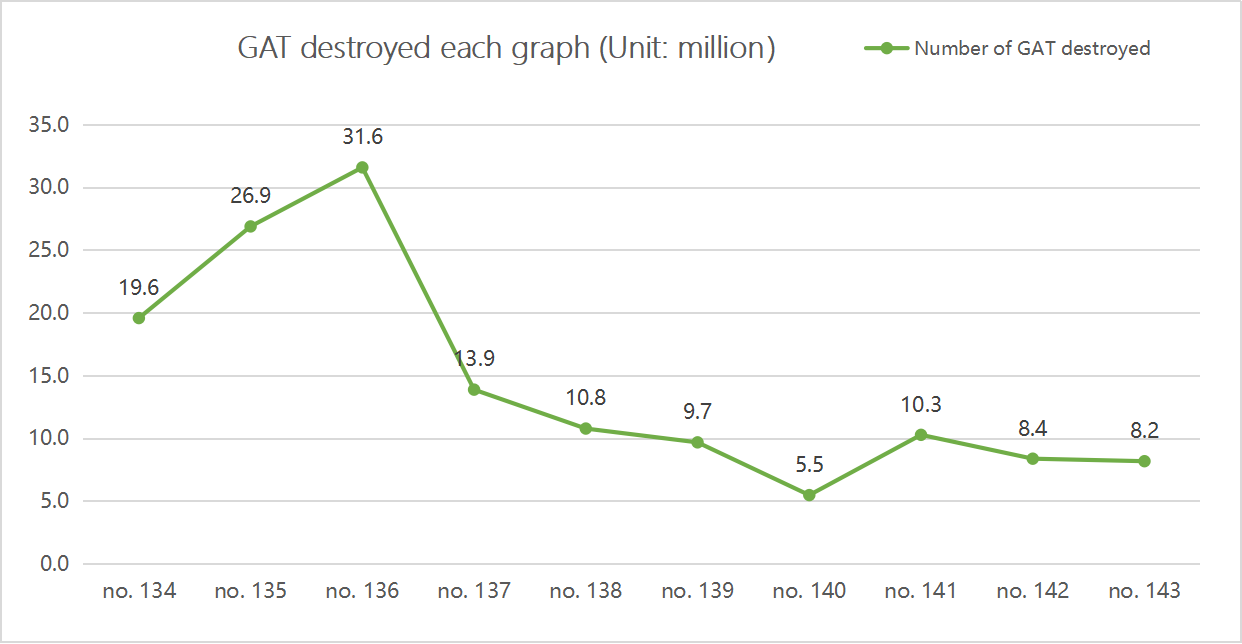 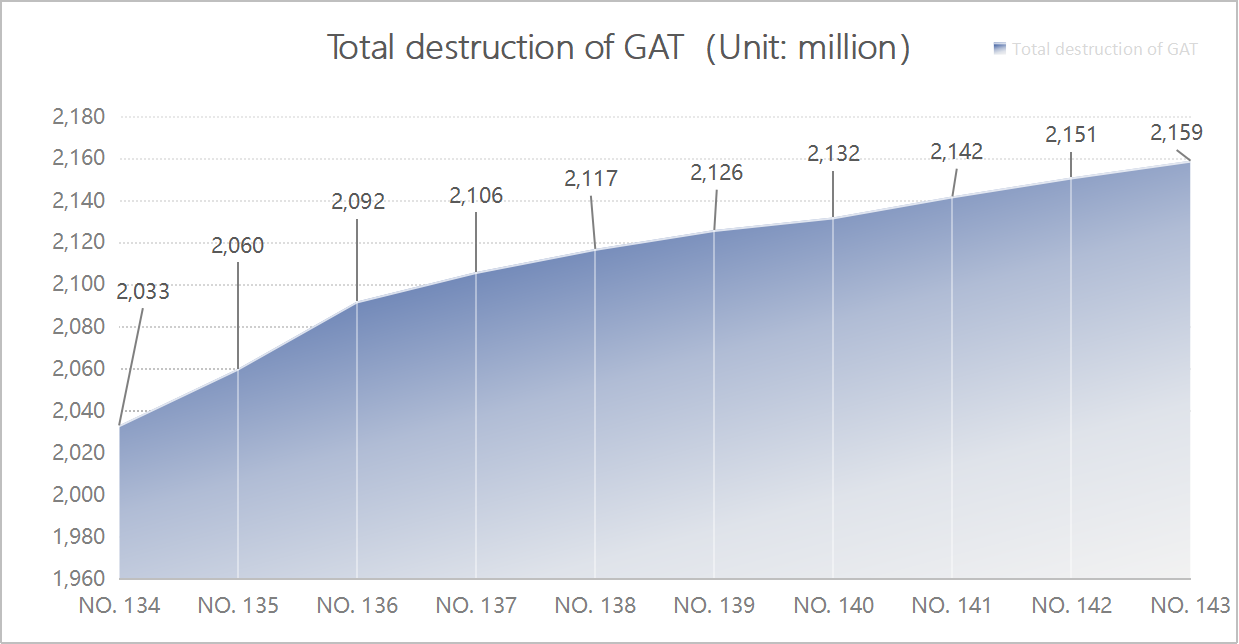 Everybody can search for the wallet address on the blockchain, open, transparent, safe and visible, and can view the liquidity of GAT:

GAT issuing address:   global-aex-token   (GAT's initial distribution address, you can view the flow of all GAT)

GAT locked address: global-aex-token-locked   (Lock the address, release 10% of the remaining amount every year, 50% of which will be destroyed directly)

GAT destruction address: global-aex-token-destroyed   (used to destroy the GAT, the private key has been destroyed, no one can use).

On repurchase and destruction:

Repurchase destruction is a common dividend method in traditional financial markets. In general, there are two forms of dividends. The most common one is to distribute the amount of dividends to the holders of all rights and interests in proportion.The other is to use the dividend amount for the secondary market to buy and destroy (no longer circulating), by raising the market price and reducing the total amount of market circulation, the equity value will be increased in disguise. In the two modes, the common dividend is the most direct, and the equity holder can directly obtain the appreciation other than the equity. In the process of repurchase destruction, the equity holder gains the price appreciation in the process of repurchase and the increase of the equity proportion (total amount reduction).

The reason for GAT choose to repurchase and destroy instead of paying dividends:

Ordinary dividends and buybacks, each have advantages and disadvantages, the general pattern of share out bonus, can let the rights holders intuitive perception to the amount of share out bonus, but to platform coin, the model has restricted the flow of inbound platform coin, because the platform can't statistics off-site GAT holdings, unable to realize fair share out bonus, and adopt the buyback destruction mode is very good to solve the problem, whether on-site or off-site cash, all have the same value effect, this model for GAT is the basis of the circulation of multiple platforms.

We look forward to your valuable Suggestions! Thank you for your support to AEX and read the announcement carefully! Best wishes for you!